Dita Basu - Shadow Birds - The Story of a Young Girl During the Partition of India
Dita Basu
Follow Me: 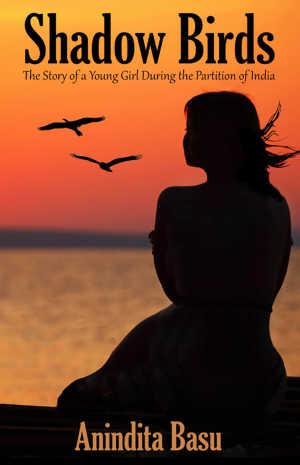 In this coming of age, historical fiction, the world of Bangladesh comes alive…while touching the hearts of refugees of all times and places. In an era of vivid charm, and on the very day of India’s Independence… August 15, 1947… Khukumoni faces a shocking reality. The two main religions declared war and now she can no longer visit her best friend because her friend is Muslim, not a Hindu like herself.

Shocked and hurt, fourteen-year-old Khukumoni struggles to stand up for what is right, while overcoming her innate shyness and conservative upbringing. Her inner conflict reaches its peak when she witnesses a murder where an innocent musician is accused of being the culprit and will be hanged. The musician’s life is at stake as well as her own conscience. And yet she would be risking her own life and the safety of her family if she reveals the truth.

How can she go up against the real villain, the powerful and shrewd Aziz?